Staying in shape is the key to any successful hockey player.

Luckily at Peak Performance, the knowledgeable staff gives high school players an opportunity to stay fit or get in the proper physical condition before the season officially kicks off.

"Conditioning for hockey players is just as important off the ice as it is on," legendary Fitchburg State University ice hockey coach Dean Fuller said. "Players who prepare in the offseason will take their game to another level."

"There is not enough time in the high school season to spend two or three weeks getting players in shape," Lizotte said. "There are too many things to cover as a team before the first league game, so it's essential that players come into the season in top shape. The preseason conditioning camp is a great way for players to get a head start on the high school season and come into tryouts in game shape."

"Core strength is the key to success and a trademark of Peak Performance Conditioning," Lizotte said.

Both the on- and off-ice conditioning drills will be used to get both male and female high school players prepared for the rigors of a grueling high school ice hockey season. The seven hours of ice instruction will focus mainly on high-intensity drills and scrimmages to help improve the players' skill levels.

"The Peak Performance high school conditioning camp is run each year by most of the top varsity coaches in the area," Lizotte said. "They know exactly what is going to be expected of high school players at the start of the season and will make sure that every player leaves the camp physically prepared for varsity level tryouts."​ 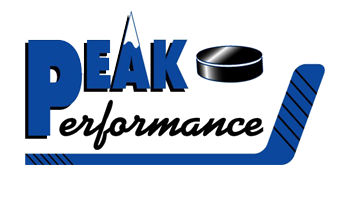